Martyn Downer on the subject of Latest News. Posted on August 17th, 2015. 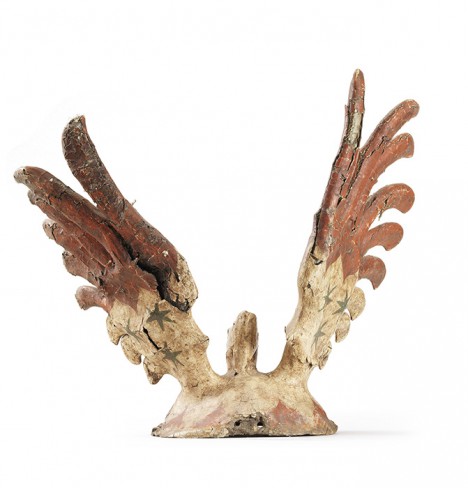 This very rare Medieval polychrome decorated leather, hemp and gesso helmet crest made in Austria/Germany circa 1400 illustrates the origin of heraldic crests. Originally mounted with a horse hair plume in the centre, the unique red and white starred double winged crest would help identify the wearer in battle. This essential and often life saving device was incorporated into the wearer’s heraldic achievement and has since descended into the widespread use of heraldic crests on silver, porcelain, glass and other applied arts. So think of that next time you see a signet ring seal engraved with a family crest!