Martyn Downer on the subject of Listed for sale at My Family Silver. Posted on July 30th, 2015. 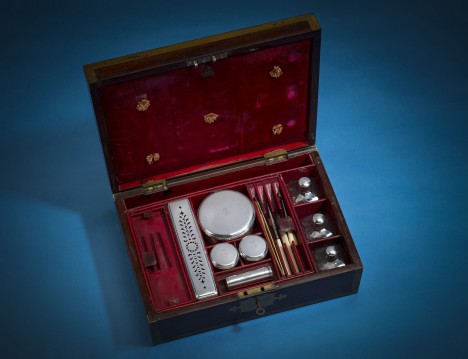 This dressing case belonged to Captain Ralph Viscount Nevill (1786-1826) who fought as a volunteer in HMS Victory at the battle of Trafalgar. Nevill was the second son of Henry Nevill, 2nd Earl of Abergavenny  (1755 – 1843), a politician and secretary to the Treasury. As a boy Nevill entered the Royal Navy as a volunteer joining HMS Amphion under Captain Thomas Masterman Hardy in 1802. Nevill’s patron was Horatio Walpole, 1st Earl of Orford (1723-1809) whose niece had married Nevill’s older brother the Hon, George Henry Nevill, heir to the Abergavenny earldom. 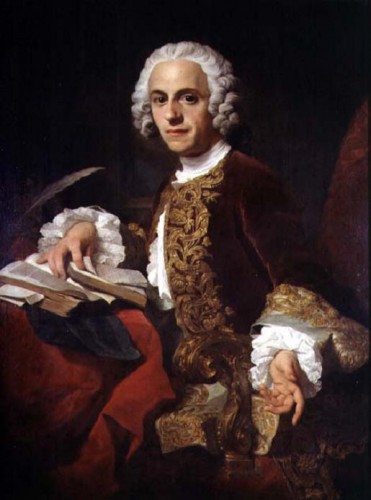 It was under Walpole’s interest that Nevill moved with Captain Hardy to Lord Nelson’s flagship HMS Victory in July 1803. He then served in the long blockade of Toulon and the pursuit of the combined enemy fleet to the West Indies. Despite his lowly status in Victory, Nelson was very mindful of Nevill as Lord Walpole, for whom the admiral had been named, was his own godfather. Writing to Walpole from Victory “off Toulon” on 29 December 1804 Nelson, presumably in response to an enquiry, reports that “Young Nevil  [sic] is a very excellent Young Man and his good conduct has not escaped my observation and you may rely, My dear Lord, not only upon this but upon any occasion which may offer that I shall be truly happy to meet your wishes …” 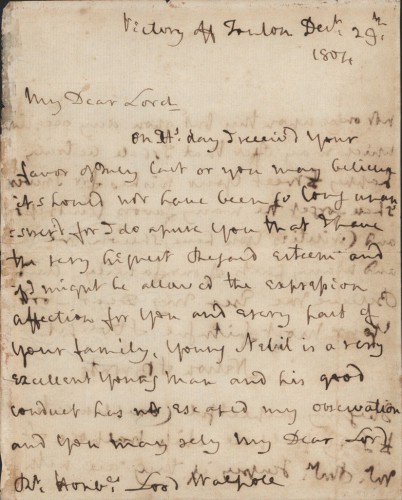 Nevill remained in Victory for the battle of Trafalgar benefiting perhaps from the wave of promotions which followed the famous action as he was made lieutenant in January 1806 although, as a volunteer, he received the same prize money (£1.17s.6d) and government grant (£4.12s.6d) as a fifth class, or ordinary seamen. Shortly afterwards, with the early death of his brother George, Nevill, now heir to his father’s earldom, assumed the courtesy title of viscount.

As lieutenant, Nevill now transferred to the HMS Ocean, 98 guns, the flagship of Admiral Lord Collingwood (1748-1810) who had assumed command in the Mediterranean after nelson’s death. After his promotion to commander on 30 May 1808, Nevill assumed command of HMS Acteon, a captured 16 gun brig in which he assisted in the capture off the Scilly Isles of the French privateer Le Lezard in November 1809. Acteon then joined the fleet under Admiral Bertie for the Mauritius campaign 1809-11: a series of amphibious operations and naval actions fought, ultimately successfully, to gain possession of the French Indian Ocean territories of Isle de France and Île Bonaparte. 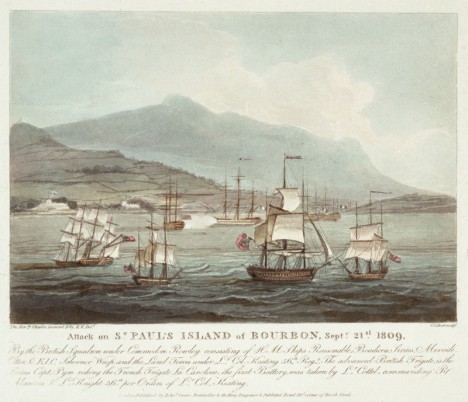 The campaign was portrayed by Patrick O’Brian in The Mauritius Command, his fourth installment in the famous Aubrey-Maturin series of naval historical novels. In the novel, Aubrey assumes command of the real life 38 gun frigate HMS Boadicea – the same ship posted to Nevill when he was made captain on 16 February 1811. 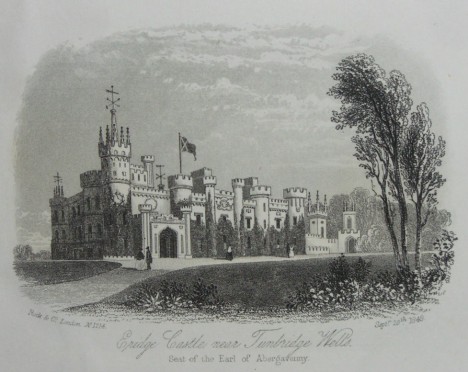 Eridge Castle, near Tunbridge Wells, circa 1840, seat of the earl of Abergavenny 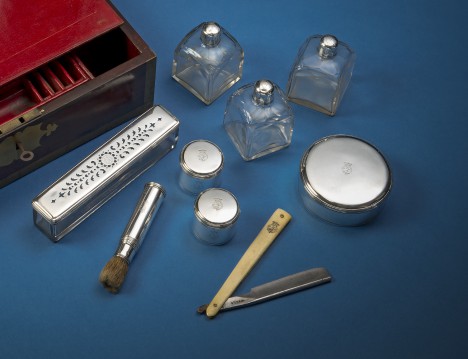 Although unsigned, this rare provenanced seagoing dressing case was purchased by Viscount Nevill from one of several specialist manufacturers of military and naval campaign furniture then active in London, possibly  J.Wells of Cockspur Street who, after partnering John Lambe in 1815, promoted his business as “Pocket Book Portable Desk, Dressing Case & Copying Machine” makers. The lock is signed “BARRON STRAND” for Francis Barron , “Brazier and Ironmongers to his Majesty” who was at 476 Strand ,London in this period. The variation of makers for the silver mounted articles in the box suggest that these may have been purchased separately and fitted. Nevill was promoted captain soon after he acquired the box; nevertheless his cabin quarters on board Actaeon then Boadicea would have been cramped affording space only for his cot, some shelving for books, a desk and a washstand similar to a surviving example belonging to Admiral Lord Nelson. 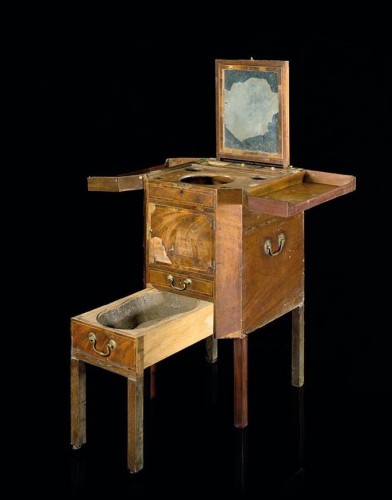